Are you planning to take your product images to a different level entirely? One perfect element that can make this possible is the drop shadow or otherwise known as the box shadow. It can add significant insight to the images. Of your product making them, look more instinctive. Creating an inch-perfect shadow can be difficult at times being a photographer. However, with the inception of Adobe Photoshop, this has become a more manageable task during the post-production. An explanation on how to orderly achieve this is sighted below.

The first task to complete here, which is an easy one is to make a drop shadow.

The next measure to carry out is to change the shadow so that it looks like a realistic cast shadow using the following steps.

With the addition of both realistic and drop shadow to your product images, jewelry, home furnishings, and footwear, you are on the right way of making your e-commerce photos look more professional and eye-catching.Moreover, at the same time, this will also stand as a tool to make customers shopping and viewing experience enticing by helping them to make the right choice when it comes to making their purchase.

About Cut The Photo

What you can read next 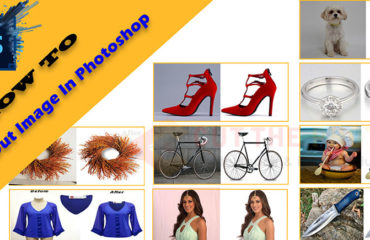 How to Cut Out an Image in Photoshop?

Latest news straight to your inbox.